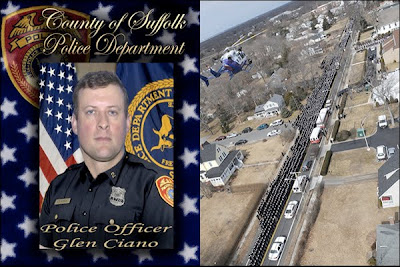 A 24-year-old Plainview man, Jose Borbon, who has been accused of driving drunk and crashing into Suffolk County Police Officer Glen Ciano on February 22, 2009, and killing him, was sentenced to a year in jail for an unrelated DWI and weapons possession after pleading guilty.
On January 4, 2009, Nassau County police arrested Borbon for DWI and for possessing a gravity knife. He was released on bail and issued a conditional driver's license. Six weeks later, while driving drunk (over twice the legal limit, 0.19 percent blood alcohol level) and talking on a cell phone, he crashed into Officer Ciano. Glen died after his vehicle struck a pole and burst into flames.
Dozens of Suffolk County Police officers and supporters of the Ciano family were in attendance at Borbon's sentencing.
Borbon is due back in court for the Ciano case on September 20, 2010.
The Suffolk County PBA has posted a You Tube video about the Borbon sentencing and the loss of Officer Ciano.
I had the privilege of working with Officer Glen Ciano when I was assigned to the Second Precinct. He is greatly missed. Glen, age 45, was a 22 year veteran of the department. He is survived by his wife and two children. An "In Memory of Glen Ciano" page appears on Facebook.
Photos from the Suffolk County Police Department.
Posted by Kathleen A. Ryan at 9:43 AM 4 comments:

Jason Evans has announced another short fiction contest starting today, "Uncovered."
Read all the details on his Clarity of Night web site.
The theme and contest photo is inspired by Stephen Parrish's novel, The Tavernier Stones. Using the photo on Jason's site as inspiration, compose a short fiction (or poetry) piece of no more than 250 words in any genre or style.
The deadline is July 28th, 10 p.m. Eastern Time.
Jason and Stephen will conduct the final judging. There are several prizes up for grabs.

I participated in Jason's "Silhouette" contest in January, and I received an Honorable Mention for "Body and Soul."
Good luck!
Posted by Kathleen A. Ryan at 1:07 PM 2 comments: 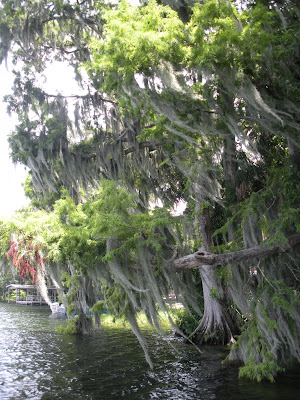 My "straight out of the camera" photo was taken recently at the Kraft Azalea Garden in Winter Park, Florida, which borders Lake Maitland. I stood on the small dock to take this photo of a Spanish Moss tree that stands on the water's edge.
For more "Straight Out of the Camera" photos, be sure to visit Murrieta365.
Posted by Kathleen A. Ryan at 11:24 AM 10 comments:

I recently learned that "From Cop to Mom and the Words in Between" was chosen as one of the police blogs listed on the Criminal Justice Degree Schools "Top 50 Criminal Justice Blogs." They have compiled a list of police blogs, paralegal blogs, Forensic blogs, Criminology blogs, and a couple of Honorable Mention blogs.
I am honored to be in such company as the blogs chosen by the Criminal Justice Degree Schools, and I thank them for this designation.
Congratulations to the other bloggers on the list!
Posted by Kathleen A. Ryan at 1:49 AM 5 comments:

The New York Times recently reported that WalMart has spent millions to avoid paying a $7,000 fine in the tragic trampling death of one its employees on "Black Friday," the day after Thanksgiving in 2008, on Long Island.
It has also been widely reported that the frenzied crowd, estimated at 2,000, was anxious to shop for their bargains.
I have a different view on what might have happened that day.
A year earlier, my sister and I set our alarm clocks very early on Thanksgiving day so that we could wait on line at a K-Mart on Long Island to try to buy certain items (my treasure hunt was for a Nintendo Wii, my sister wanted to buy a GPS unit on sale). We knew that we had a slim chance of even getting the items, but while we were there, we'd do other shopping anyway.
By the time we arrived, about an hour before the store opening, there was already a line of about 200 people lining the sidewalk of the strip mall, leading from doors on the northern side of the store front. The crowd was fairly quiet, and the bagel store was doing good business that morning.
When the time came to open all of the store doors, the crowd was calmly moving forward.
Then I saw it happen.
People emerged from their cars in the parking lot, just several feet from K-Mart, and walked right in the front doors (which faced east). The crowd began pushing and yelling. "Don't let them in!" "They're cutting!" It was quite terrifying, and it's amazing that no one was hurt.
That's where the problem existed; there was no one in the store or security to make sure that only one entrance remained open until the line disappeared. They simply unlocked all the doors, and it was every man (or woman) for himself. It made no difference if you waited in line for hours, or you just pulled up to the parking lot and walked in the east or south entrance.
I knew that morning that I would never attend a "Black Friday" early store opening ever again. I will shop during regular store operating hours or online.
My heart breaks for the family of Jdimytai Damour, and the tremendous loss they have suffered.
Posted by Kathleen A. Ryan at 1:35 PM 2 comments: 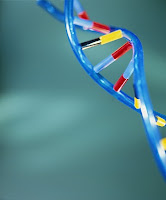 The sins of the father may come calling if the son or daughter has given a DNA sample, at least in California or Colorado.
After the arrest of Lonnie David Franklin, Jr., the so-called "Grim Sleeper" serial killer in L.A. (named after his hiatus between murders, from 1988 to 2002) for ten murders between 1985 and 2007, maybe lawmakers in other states may start pushing for legislation for such testing (except for Maryland, where it is banned).
Once an exact match isn't found in an existing DNA pool, the net spreads wider; familial DNA looks for a close match, since family members have similar DNA. Many question whether familial DNA testing is ethical or legal. What will happen if a hit leads to a person who was adopted, or whose mother used a sperm donor or an egg donation? 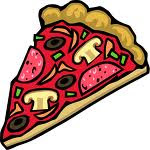 In the case of the Grim Sleeper case, a close match to his son led police to the suspect. Once they identified his father as the suspect, the police monitored his movements and collected a discarded slice of pizza. The tested slice came back with a positive hit.
The federal government and all 50 states require convicted felons to provide DNA samples. California is one of 23 states that collect DNA samples from those arrested for felonies.
What do you think about familial DNA testing?
Posted by Kathleen A. Ryan at 7:44 AM 3 comments:

Memoir (and) is holding a contest for memoir writing in either prose up to 10,000 words or poetry, up to five poems. This contest also includes graphic memoir and narrative photography.
There is no entry fee.
Read the submission guidelines here. The deadline is August 16, 2010.
The prizes for prose or poetry is: Grand Prize: $500; Second Prize: $250; Third Prize: $100.
The Grand Prize for Graphic Memoir is $100.
The Grand Prize for Narrative Photography is $100.
Posted by Kathleen A. Ryan at 5:57 PM 4 comments:

Email ThisBlogThis!Share to TwitterShare to FacebookShare to Pinterest
Labels: Contests, Memoir, On writing 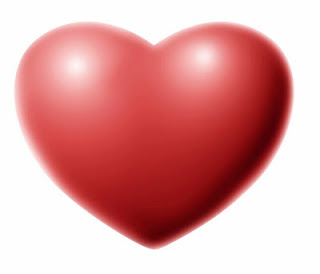 While at Long Island's MacArthur Airport in Islip, New York, moments before boarding began on a Southwest flight, an elderly female passenger in a wheelchair lost consciousness. Her head slumped back. A man noticed and began shouting at her "Ma'am, what's your name?" to see if she would wake up. His repeated questions went unanswered. He wasted no time and others came to his aid. They lifted her up out of her wheelchair and placed her on the ground and checked for breathing and a pulse. The man began CPR. The airport personnel called for help, someone obtained a defibrillator, an off-duty nurse ran over to the woman, someone asked the people who were waiting to board to move back. An airport worker obtained a privacy screen. I was impressed by the group effort of total strangers and the professionalism of the airport personnel in an emergency situation.
My daughter and I realized we had just seen the woman in the ladies' room just moments earlier; she was pushing her wheelchair, walking slowly towards the gate. She seemed okay at the time. We learned she was traveling alone. They were checking her purse for ID and information on next of kin.
The boarding was delayed by about twenty minutes. Before we boarded, we could see that she was breathing, so hopefully she continued to improve.
When we found our seats on the plane, my kids and I held hands and said a prayer for the lady. We hope she is okay.
It was a harrowing start to our trip, but it reminds me how every moment counts in a situation like this, and how important it is to have identification and information on next of kin in your purse or wallet if you are traveling alone. Paramedics will usually check cell phones for an "ICE" listing (In Case of Emergency). Think about adding an ICE listing on your cell phone and the cell phones of your loved ones, especially children and teens who carry cell phones.
I found a great site that gives CPR instructions and includes mobile training apps for the iPhone and Android phones. The American Heart Association also offers Pocket First Aid and CPR Guide for the iPhone. They also offer information on where to find local CPR classes in your area by entering your zip code.
Posted by Kathleen A. Ryan at 11:34 PM 9 comments: