Ben Hecht: The Shakespeare of Hollywood 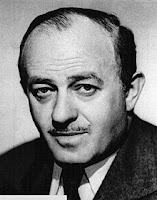 On this date in 1894, one of my favorite screenwriters of all time was born. Ben Hecht was also a director, producer, playwright and a novelist.

Ben was the first recipient of the Academy Award for Original Screenplay, for the movie Underworld (1927).

The screenplays he wrote or worked on (many times uncredited) include the following:

He also provided story ideas for such films as Stagecoach (1939). In 1940, he wrote, produced, and directed Angels Over Broadway.

Six of his movie screenplays were nominated for Academy Awards; two won.

My personal favorite is His Girl Friday. If you've never seen it, try to get it from your library (or watch it online at IMDb). The rapid-fire dialogue is extraordinary. As a police officer, I worked with the media for 16 years, so this movie is even more endearing to me. It's quite evident in this film that Mr. Hecht had an extensive background in journalism.

When Hecht was living in New York in 1926, he received a telegram from a screenwriter friend who had recently moved to L.A. "Millions are to be grabbed out here and your only competition is idiots. Don't let this get around." He traveled to Hollywood, and began his career by writing the screenplay for Underworld, as the sound era had ended.

We know where that landed him!
Posted by Kathleen A. Ryan at 12:32 PM 2 comments:

Email ThisBlogThis!Share to TwitterShare to FacebookShare to Pinterest
Labels: Authors, Awards, History, On Movies, On writing 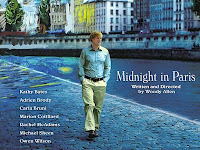 Did you watch the Oscars? Did any of your favorites win? Didn't Angelina Jolie look ridiculous as she awkwardly stood with her right leg sticking out of the slit in her dress while presenting? It didn't take long for @AngiesRightLeg to pop up on Twitter (which currently has more than 13,000 followers).
Posted by Kathleen A. Ryan at 11:50 AM 2 comments: