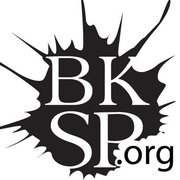 The Backspace Writers Conference is hosting a log line contest. For more info on the conference being held May 24-26 in NYC, check out this article in the March 2012's issue of Writer Magazine.

Three winners will be chosen based on originality and execution by Judges from Folio Literary Management. Each winner receives a pair of tickets to the Broadway smash, Seminar. The tickets can be won on someone else's behalf (but can't be transferred once a name is connected to the voucher), which must be redeemed by May 13; performances run until May 27. Seminar currently stars Alan Rickman until April 1, then Jeff Goldblum joins the cast on April 3.

The title and pitch for your log line (limit: 100 words) is for a fictitious novel -- not your own. According to the announcement: "The more inventive and high concept your story idea, the better!"

One entry per person. Read the official rules before filling out the form. There's a Facebook angle involved in the contest, too; authors who receive the most combined "likes" and comments will each win a signed and personalized copy of literary agent Donald Maass's Writing the Breakout Novel and The Fire in Fiction.

The deadline is April 15. Winners to be announced April 22.