Marilyn Meredith: The Importance of Weather in Writing 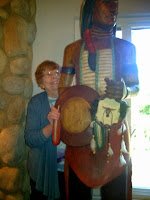 I am thrilled to welcome the talented, prolific mystery author, Marilyn Meredith, to discuss the importance of weather in writing.

Marilyn is the author of over thirty published novels, including the award winning Deputy Tempe Crabtree mystery series. She borrows a lot from where she lives in the Southern Sierra for the town of Bear Creek and the surrounding area, including the nearby Tule River Indian Reservation. She does like to remind everyone that she is writing fiction. Marilyn is a member of EPIC, three chapters of Sisters in Crime, Mystery Writers of America, and on the board of the Public Safety Writers of America. Visit her at http://fictionforyou.com and follow her blog at http://marilynmeredith.blogspot.com

In Marilyn's latest novel, Spirit Shapes, ghost hunters stumble upon a murdered teen in a haunted house. Deputy Tempe Crabtree's investigation pulls her into a whirlwind of restless spirits, good and evil, intertwined with the past and the present, and demons and angels at war. Spirit Shapes is available directly from the publisher in all formats, and also on Amazon.

The Importance of Weather in Your Writing
by Marilyn Meredith 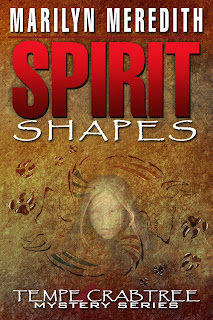 Weather can play a big part in any mystery. At times it can be as important as a character.

In my previous Deputy Tempe Crabtree mystery, Raging Water, too much rain creates havoc in the small town of Bear Creek, eventually cutting them off from the rest of the world.

Fog is a major player in Spirit Shapes.

Fog swirls around the deserted Wilkinson House adding to its haunted mystic.

Fog adds to the gloomy atmosphere.

Fog cuts down on visibility making the reader and the characters what it might be hiding.

Fog causes the temperature to drop—as does the presence of ghosts and evil spirits.

That gives you a taste of what one kind of weather can do and does in Spirit Shapes.

For all you writers out there, think about how weather can enhance your stories. And readers, pay attention to how the author of the books and stories you read use weather to add to the atmosphere and suspense.


***
Marilyn is offering a terrific contest for a lucky commenter: The person who comments on the most blogs on her blog tour will have the opportunity to have a character named after him or her in the next Deputy Tempe Crabtree mystery.

Thanks, Marilyn, for visiting From Cop to Mom & the Words in Between as part of your blog tour, and for sharing your words of wisdom on the importance of weather in writing.

The New York Times has revealed that police have identified the mother of 'Baby Hope,' the name given to the corpse of a young girl stuffed in an iridescent blue cooler in a wooded area near the Dyckman Street exit off the Henry Hudson Parkway in Washington Heights on July 23, 1991. The young victim appeared to be between three and five years of age, malnourished, and subsequent tests showed she had been sexually abused.

For more than two decades, her identity has remained a mystery. No one ever came forward to report this young girl missing. In 2011, the medical examiner's office completed a DNA profile of the victim after exhuming her remains from St. Raymond's Cemetery in the Bronx. Unfortunately, no matches were made when tested against a database of convicted felons or active missing persons cases.

As a retired police officer who worked in the Crime Stoppers unit for 13 years and a current volunteer who serves on the Board of Directors of Crime Stoppers of Suffolk County, Inc. (which I joined two days after my retirement in 2007), I have something to say (okay, a rant) about the information revealed in this article.

It is common practice in Crime Stoppers to profile an unsolved case on or near an anniversary date. There are several reasons for this; among them:

1)The news media refrains from airing/printing 'old news.' However, if a request by Crime Stoppers and the police emerges on/near an anniversary date, it justifies a valid reason to report, once again, on certain unsolved cases. Whether it's print, radio, TV, internet, the reporter/journalist/news broadcaster can say, "It's been X years since..." and include visuals that have been previously issued to the public, or in some cases, release a 'new' visual if one is available, and of course alert the public to the existence of the Crime Stoppers Tips Line.

2) Over time, relationships shift ~ and it's to law enforcement's benefit. Someone in possession of information who was once reluctant or afraid to come forward may now find him or herself in a different situation; it may be due to separation, death, divorce, health reasons, incarceration, a woman (or man) scorned, revenge, guilt ~ any number of reasons that a person with information may NOW feel secure ~ in some cases compelled ~ to reveal what they know. This is why it is vital for Crime Stoppers to periodically issue a plea for information, especially on an anniversary date.

3) When the plea is issued on/near the anniversary date, there's a chance that people who frequent that area during that time of year might see or hear the story, realize they can call (and now text or email) anonymously, and possibly be eligible for a cash reward, if they contact Crime Stoppers. For example, if a crime was committed the day before, after, or on a holiday ~ let's say Thanksgiving ~ if it's a habit to 'return home' to be with loved ones, the advertising of the crime might catch the attention of the 'right' people. Also, it may jar some people into realizing that the information they've held on to for so long is more significant than they realize ~ or they may even have mistakenly assumed the case was solved, and their information is unnecessary.

My years of experience in Crime Stoppers taught me this: If the 'right' person (meaning someone with information vital to an investigation) with a 'good conscience' (one who is willing to 'do the right thing') comes across the plea in whatever medium (a poster, article, blog, radio or TV news report, word-of-mouth, etc.), and becomes aware of the number to call/text/email anonymously to pass that information along, it's a formula for success.

A victim's family and friends, after years of enduring agony and heartache, might have a chance to obtain answers they've wished, hoped, prayed, and dreamed about getting.

This past summer, after the police issued a plea for information about the Baby Hope case, someone (the 'right' person) apparently came forward with information. The caller's information led to a confirmation of the mother's identity through scientific evidence.

Sadly, officials revealed the contents of the confidential tip, evidenced by the journalist printing exactly what the informant told Crime Stoppers. It's unfortunate that the journalist didn't realize the severity of the violation even if the source, the unnamed "official"quoted in this article, did not.

When I handled the tips line, my subsequent reports to corresponding units or agencies responsible for follow up did not even contain the gender of the caller, as is protocol.

The Wall Street Journal reveals that the mother has been identified and is cooperating with police. It also states that the police do not consider the mother a suspect: "...she appears to have been estranged from the girl at the time of her death."

This photo of the victim's grave was included in a tweet by Tim Fleischer from Eyewitness News: 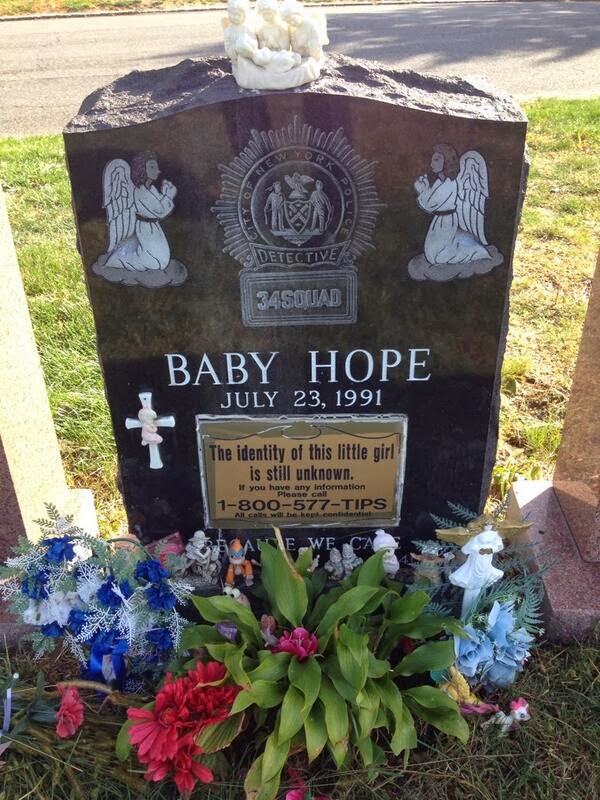 If you look closely at the bottom of the gravestone, there's a plea for information along with the NYC Crime Stoppers number. It promises, "All calls will be kept confidential."

I am absolutely thrilled that this case may be on its way to a successful conclusion, as the identity of the Baby Hope is now known to police, and the murder investigation can properly begin. However, I am deeply saddened that "officials" decided to violate the basic premise (and promise) of the Crime Stoppers program. Because of this violation, it may preclude future callers from reaching out, as they now know that a caller's information (and gender, which can certainly clue a murderer/fugitive/bank robber/drug dealer/kidnapper/rapist in to whom called the tips line) may be exposed by "officials" to the media. This is a serious breach of trust that could have a negative impact on such a valuable program.

The information may appear to be benign in most reader's eyes, but for anyone who's worked or volunteered with Crime Stoppers, it is a blatant infraction.

The information given could have easily been provided to the media without revealing the gender of the caller nor the content of his/her information; it could simply have been revealed that as a result of the publicity on the anniversary, information was received that has led investigators to the possible identity of the mother of Baby Hope. End of story ~ at least until the investigation has a chance to get underway and updated information can be released, while all along protecting the existence and identity of the anonymous source who came forward.

In the unlikely event the informant doesn't mind having his/her identity or information revealed, in the interest of protecting the program, it's still optimal for law enforcement and journalists to keep that information confidential. If there is an insistence to have one's gender or information revealed, at the very least, a statement should be included that it's against the protocol of the Crime Stoppers program to reveal an informant's gender and the content of his/her information, but with this rare exception, it's being revealed at the request, consent, and/or insistence of the informant. In this situation, future callers might then be assured that the confidential information they may provide would not routinely be released to the public, and that Crime Stoppers does guarantees anonymity.

According to two law enforcement officials who spoke only on the condition of anonymity, the mother is originally from Mexico and at one point lived in Queens. She was interviewed by detectives and Manhattan prosecutors in recent days.
Follow me on Twitter @katcop13.