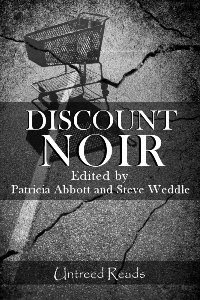 A tremendous thank-you to editors Patricia Abbott and Steve Weddle, agent Stacia Decker of the Donald Maass Literary Agency, and Jay Hartman of Untreed Reads.
Discount Noir lists at $5.99, but is on sale at Untreed Reads for $4.49 until October 31, 2010, and is available in PDF, EPUB and Palm Reader formats (I downloaded it straight to my laptop). The ebook is also available for Kindle at Amazon for $5.99.
"Secret Identity" was written in response to a flash fiction challenge posed by Patricia Abbott in 2009, and it had a different title then. My story won a Flash Fiction Award in the Public Safety Writers Association's 2010 Writing Competition. I proudly accepted the award during their Las Vegas conference this past June.
Posted by Kathleen A. Ryan at 8:14 PM