My Chat with Author M.M. Gornell 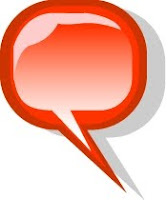 I'd like to thank M.M. Gornell, the award-winning California author for inviting me to chat with her today on her blog. I had the pleasure of meeting Madeline at the Public Safety Writers Conference in Las Vegas in 2009 and 2010 (Photographer Sherman Lee caught us chatting at the 2009 conference - see photo below). BTW, the 2011 PSWA conference is scheduled at the Orleans Hotel & Casino in Las Vegas, July 14-17. There's a break on the cost if you register before March 31.
If you're not familiar with PSWA, here's some background info, as found on their website:
Founded in 1997 as the Police Writers Club, the Public Safety Writers Association is open to both new and experienced, published and not yet published writers. Members include police officers, civilian police personnel, firefighters, fire support personnel, emergency personnel, security personnel and others in the public safety field. Also represented are those who write about public safety including mystery writers, magazine writers, journalists and those who are simply interested in the genre. The association also welcomes publishers, editors, agents and others who help writers realize their writing goals.

If you have a moment, please stop by and visit and say hello to Madeline. She's the author of Uncle Si's Secret, Death of a Perfect Man, and Reticence of Ravens, published by Aberdeen Bay. You can also find Madeline, (a member of Sisters in Crime in L.A. and Nevada, and the California Writers Club) on Facebook. You can read more about Madeline in The Examiner, in a lovely "Spotlight" interview with Morgan St. James.