The Fine Line Between Truth and Fiction 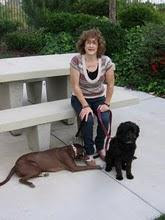 I am thrilled to welcome mystery novelist and professor Margot Kinberg as my guest today on her blog tour.

Be sure to visit Margot's amazing blog, Confessions of a Mystery Novelist. Be prepared to receive quite an education! For more information on how to obtain a copy of her novel, B-Very Flat, click here.

Without further ado, I'm honored to introduce Margot Kinberg, as she writes about "The Fine Line Between Truth and Fiction."

Thanks so much, Kathleen, for hosting me today. I truly appreciate it. The old saying is that truth is stranger than fiction. When it comes to crime, there’s certainly an argument for that. True crime captures the headlines, and some true crimes have become so famous that they’ve become part of the culture. Even true crime that isn’t quite that famous has a lot of effect on the way we think about crime and punishment, so it’s not surprising that it also has an effect on crime fiction. That’s been the case for a very long time, too.

One of the best-known true crime cases has been the 1888 Whitechapel murders. Those eleven killings took place in the Whitechapel section of London’s East End, and most of the victims were (or had been) prostitutes. The murderer was never caught, although there’ve been several allegations that the killer, dubbed “Jack the Ripper,” had been identified. Some of the murders were particularly brutal and suggested that the killer had surgical or some specialized anatomical knowledge. There’ve been several crime novels through the years that have been inspired or at least affected by those murders. One of them is Jane R. Goodall’s The Walker, which takes place at the end of the 1960’s. This novel tells the story of two women – Detective Briony Williams and Nell Adams. Four years earlier, Nell had been on a train in Plymouth when she witnessed a murder. As horrifying as that was, Nell did her best to move on with her life. Now, she’s a college student in London. Meanwhile, Briony Williams is trying to make her mark as a detective, and right now, she and the team she works with are trying to track down a killer known as The Walker. The Walker kills his victims with surgical skill, reminiscent of Jack the Ripper, and arranges them in theatrical poses. Then, Nell’s and Briony’s paths cross when Nell’s picture is printed in a newspaper. It turns out that the murder she witnessed was The Walker’s first murder, and now the killer is on Nell’s trail, unless Briony and the team can stop him.

Another very famous true-crime murder story that’s influenced crime fiction is the famous Crippen murder. Hawley Harvey Crippen was an American homeopathic doctor who was hanged for the murder of his wife, Cora Henrietta Crippen. Crippen and his wife, a music hall entertainer, had moved to England, where their fortunes took a downturn, as Cora’s career in music never really took hold, and when her husband lost his job and had to settle for whatever he could find. Soon, Crippen was having an affair with his secretary, Ethel Le Neve, Then, Cora disappeared. Crippen said that she’d left him and gone to California. But the ladies of her Music Hall Ladies’ Guild didn’t believe him and gossip soon spread that Crippen had killed his wife. Rumors grew even more when Crippen said that his wife had died overseas. Chief Inspector Walter Drew of Scotland Yard investigated the case and at first, he was satisfied that Crippen was innocent. Then, Crippen and Le Neve left the country. This called renewed attention to them, and Drew and his team inspected the house again, and found a body in the basement. The body was said to be that of Cora Crippen. Crippen and his lover were captured and returned to England, and Crippen was put on trial for his life. After only twenty-seven minutes of deliberation, Crippen was found guilty and hanged. Although there’ve been doubts raised about his guilt, the story itself still captures the imagination.

The Crippen story is the basis for Martin Edwards’ Dancing for the Hangman, which is a fictionalized account of the murder and subsequent trial, told from Crippen’s point of view. The book takes place as Crippen is in jail, awaiting his execution, and goes back over the events that led to his conviction. Edwards’ book, though, isn’t the only crime fiction where the Crippen story plays a role. For instance, in Agatha Christie’s Mrs. McGinty’s Dead, Hercule Poirot investigates the murder of a charwoman whom everyone thinks was killed by her lodger. When the investigating police officer begins to have doubts about the lodger’s guilt, he asks Poirot to look into the case. It turns out that Mrs. McGinty had found out that one of the other characters was connected to a long-ago murder. What’s interesting is that one of the past murders that Poirot finds out about as a part of this case is the murder of a Town Clerk’s wife that’s very reminiscent of the Crippen case. In the fictional case, too, the wife disappears, her widower takes up with someone else, and then the wife’s body is found in the basement of the home.

Even the name “Crippen” is mentioned more than once in crime fiction. For instance, in Elizabeth George’s Missing Joseph, Inspector Lynley and Sergeant Havers investigate the poisoning murder of Robin Sage, Vicar of Wimslough. He died after having dinner with a parishioner and local herbalist, Juliet Spence, and her daughter. When Sage dies of water hemlock poisoning, some of the villagers think that Juliet Spence poisoned Sage deliberately. This leads to unpleasant gossip and Juliet’s daughter, Maggie, becomes a target of her schoolmates, who call her mother “Crippen.”

Another famous set of true-life murders, the Manson murders, has also inspired crime fiction. Charles Manson, a career criminal with an uncanny ability to sway others, had acquired almost a cult following – a group of mostly female devotees called The Family. In early August, 1969, Manson directed Charles “Tex” Watson to take three other Family members, Susan Atkins, Linda Kasabian and Patricia Krenwinkel, to a home owned by director Roman Polanski and his wife, actress Sharon Tate. The four were told to kill everyone there, as gruesomely as possible. Then, the next night, Manson joined the group as they went to the home of grocery-chain owner Leno LaBianca. There, they brutally murdered LaBianca and his wife, Rosemary, The killings made international headlines, and Charles Manson’s name has become synonymous with a certain kind of ruthless, psychotic killer.

One novel that’s based on the Manson crimes is Jeffrey Deaver’s The Sleeping Doll. In that novel, Kathryn Dance, an expert interrogator with the California Bureau of Investigations, is assigned to interview Daniel Pell, a Manson-like killer with his own “cult following.” Pell’s in jail for murdering the Croyten family eight years earlier. The only member of the family who escaped was Theresa Croyten, the youngest member of the family. The police have uncovered another murder, and believe that Pell and his “family” may have been responsible. Dance plans to use her expertise at kinesthetics and other aspects of interrogation to find out if Pell knows anything about the killing, but he escapes. Then, more murders occur, and soon, it’s clear that Pell and his group are bent on killing everyone who’s ever crossed him – including Dance and her family.

In 1931, Winnie Ruth Judd, a medical secretary living in Phoenix, was convicted of murdering her room-mate Agnes LeRoi and was believed to have murdered her other room-mate Hedvig Samulson. Allegedly, the three were rivals for Phoenix businessman Jack Halloran. That case, which came to be known as “The Trunk Murders,” was the inspiration for Megan Abbott’s Bury Me Deep. In that novel, Marion Seeley is left behind in Phoenix when her husband, Dr. Everett Seeley, goes to Mexico because of his arrest on drugs charges. Seeley has set his wife up in an apartment and arranged for her to get a job as a typist and file clerk at the exclusive Weldon clinic, so at first, all goes well. Then, Marion takes up with nurses Louise Mercer and Ginny Hoyt, who share an apartment and a wild lifestyle. Marion gets drawn into their lives, and into a relationship with one of their “friends,” Joe Lanigan. In the end that friendship ends in tragedy for all concerned.

One of the most famous true crime novels is Truman Capote’s In Cold Blood, which is an account of the November, 1959 murders of Herbert and Bonnie Clutter and two of their children, Kenyon and Nancy in Holcomb, Kansas. At first, the police believed that someone close to the Clutter family must have committed the murders, but they had no real leads. They got a major break when Kansas State prisoner Floyd Wells said that he thought a former cell-mate, Richard “Dick” Hickock and his friend and fellow ex-convict, Perry Smith, might be responsible. They believed that that Clutters had a safe containing US$10,000, and wanted to steal the money. The Clutters had no such safe, but Hickock and Smith murdered the family members and fled to Las Vegas, where they were arrested. They were later tried and executed.

There are several other cases of true crime that’s influenced and inspired crime fiction through the years. Do you enjoy those novels? Which are your favorites?

Thanks again, Kathleen, for hosting me today!

(My pleasure, Margot ~ and thank you, for such an informative and intriguing post!)