I also blog at Women of Mystery, where every Tuesday is "Two Sentence Tuesday." We invite you to participate by posting two sentences you read, along with two you wrote, by either including them in the comments section or providing a link where they can be found.
Here are two that I read, in The Scene Book: A Primer for the Fiction Writer by Sandra Scofield:
Sometimes writing is exploring in the dark, the gathering of evidence of a story yet unseen, the story that is in you where you can't yet touch it. There are instances when you fly blind and trust your characters to tell you what they want to do.
Here are two I've written during revisions of my true-crime memoir: 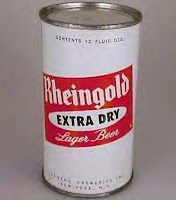 The police rounded up several "characters" and questioned them at the Commack barracks.
A clammer, "Rheingold" Jarvis (so named for buying a six-pack of Rheingold the minute he earned enough to buy one), was asked, "Where were you on Saturday night?" to which Rheingold replied with a puzzled look on his face, "What day is it today?"
For more "Two Sentence Tuesday," visit Women of Mystery.